The age of the pandemics

Sars-CoV-2 will not be the last pandemic pathogen – scientists agree on that. The risk also increases because many animal species are becoming extinct. How can the risk of another catastrophe be reduced?

Twenty years ago, every drive on the motorway was like a massacre: Thousands of burst insect corpses stuck to the bonnet and windshield at the end of every journey. Today, even after 100 kilometres, the cars are still sparkling clean – a small but frightening proof of how far the insect deaths have already progressed. It is only part of an impending global catastrophe. 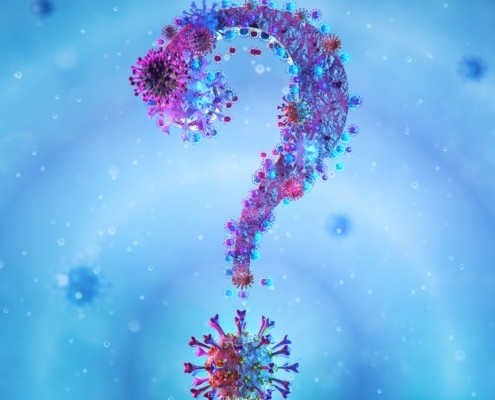 “One million of the eight million animal and plant species known worldwide are threatened with extinction if we don’t take countermeasures,” explains Prof. Josef Settele from the Helmholtz Center for Environmental Research. The number comes from the global report of the United Nations World Biodiversity Council (2019), in which the environmental researcher and agroecologist played a leading role. According to this, around 130 animal and plant species disappear irrevocably every day. Dying usually happens quietly: if you are not a snow leopard, you have no lobby.

One may shrug their shoulders in view of the fact that the Alpine woolly butterfly has disappeared and there are only residual populations of the common toad. But the global extinction of species does not only mean a sad impoverishment of nature – it is an existential threat to humanity. Stable ecosystems are our livelihood. And: They are a bulwark against the emergence of new diseases and pandemics.

Whether Ebola, HIV, swine flu, MERS or Sars-CoV-2 – they all arose because at some point an animal virus infected a person. “Zoonoses” are what doctors call diseases that originate in the animal kingdom.

They have a particularly high pandemic potential because – unlike the annual flu – they encounter a completely unprepared immune system in humans. The last devastating pandemic, the Spanish flu 1918/19 with its 20 to 50 million deaths, was almost exactly a hundred years ago. Covid-19 is still raging. And the next pandemic could overtake us much more quickly.

Experts had expected the disaster

“Science has long anticipated that another serious pandemic could emerge in the near future,” says Prof. Simone Sommer, an evolutionary ecologist at the University of Ulm. Because the opportunities for virus exchange between humans and animals have multiplied rapidly in the last few decades.

And so, the US virologist Dr. Anthony S. Fauci adopted a position paper together with his colleagues in the year 2020. In it, the scientists warn of an “age of pandemics”.

Zoonoses: A hit in trillions

A closer look reveals why? Because zoonoses are usually very rare phenomena, pathogens specialise in certain hosts. To be able to attack their cells, the viruses need a special surface protein that fit like a key to the lock on the cell surface. The better these fit, the more successful the virus is.

In the case of cells from other animal species – and therefore also those of humans – the key usually does not fit – or at least it jams. Unless the virus has developed the appropriate key for human cells in the course of a random mutation. An additional factor is needed: “A virus like this must also happen to hit a person directly by chance,” explains Sommer.

As unlikely as this may seem in individual cases: With almost eight billion people on this planet (twice as many as in 1970!) Who are getting closer and closer to the animal world, the initially very hypothetical constellation suddenly no longer seems so improbable.

When viruses cross the species barrier

The pathogens jump over, for example, when people eat wild animal meat – called “bushmeat”. If zoonoses previously developed this way in remote settlements, they eventually perished due to a lack of contact. Today, however, exotic wild animals are more and more often offered for sale as delicacies in the markets of large cities: fruit bats, pangolins, monkeys.

One hypothesis about the genesis of the current pandemic is that the species jump happened in the now closed animal market in the metropolis of Wuhan. From there it was exported all over the world.

Anyone who points accusingly at Asia and Africa can argue that Western industrial nations have their own breeding grounds for potential zoonoses. Virus diseases are also spreading in local industrial factory farming, where many animals of the same species are standing unnaturally crowded in the barn and with them, potentially dangerous mutations.

Humans are falling for nature

The main driver of diseases in the animal kingdom, however, is the deforestation of the rainforests. “31 per cent of known zoonoses can be traced back to this,” reports Sommer.

The tropical forest landscapes are not only populated by an unprecedented number of animal species – in these, in turn, diverse forms of viruses thrive. People who venture into the largely untouched regions are increasingly coming into contact with them. The closer humans get to the animal kingdom, the more likely it is that a new zoonosis will develop.

“Some people argue that if you cut down the rainforest, the viruses would also go away,” says Settele. Apart from the fact that it would be an ecological catastrophe for the entire planet, it is not true. On the contrary: the development of zoonoses is really fuelled by deforestation and the extinction of species.

With the forest, the habitat for countless plants and animals is lost. In particular, the specialists among animals, who have adapted extremely well to their environment, cannot cope with it. Their number is shrinking – or they are about to die out completely.

The niches they leave behind are taken over by the generalists among animals – survivors who can adapt well to changed living conditions. “These species can then multiply strongly because there are no predators and food competitors,” explains Sommer. In Germany, for example, there are wild boars and pigeons, in the tropics, it is often adaptable rodents and bat species.

Their populations then grow rapidly. But if many animals of a species live in the same habitat, this prepares the soil for pathogens, including many virus variants. The exchange works too well.

This increases the risk that there is one among them that can also infect humans. And because generalists, in particular, penetrate the human radius in search of food and nesting sites, the probability of a species change increases considerably.

More dangerous after the change of species

It is not uncommon for the pathogen to be significantly more dangerous for the new host than for the original host. “Pathogens and the immune system of their host organisms adapt to one another via long co-evolutionary mechanisms,” explains Sommer. This ensures that the virus does not make the host too seriously ill – at least not before the host can pass on the infection.

In a new host like humans, however, a new type of pathogen encounters a completely unprepared immune system. Ebola is an example of this: while infected bats show no signs of disease, 30 to 90 per cent of those infected die.

Species protection is therefore a direct way of preventing future pandemics. However, protecting the forests in the Amazon, Africa and Asia does not begin in the countries around the equator; it begins on one’s own plate.

Meat consumption is a key factor. In South America, for example, stocks have been cleared for years to create grazing land for cattle – whose steaks also end up on barbecues.

But domestic meat from factory farms also indirectly promotes slash and burn in the rainforest. Because in South America, huge soy plantations are being built, the production of which is shipped and then fed here in factory farming. Sommer puts it this way: “If we do without products from factory farming, then we have swept right on the doorstep.”

Nutritionists have long recommended that if you eat meat, then less, and instead have high-quality and regionally sourced meat. Thus, every steak from factory farming that we do not throw on the grill is not only a plus for our own health, but also active species and pandemic protection at the same time.

If you cannot imagine that cheap meat that is not eaten makes a real difference, just think of the current pandemic. If we have learned one thing in the struggle with incidence values, wearing masks and contact restrictions, it is that if many people do the right thing more often, it makes a real difference.