A good night’s sleep is essential

While we sleep, the body and mind are running at full speed. The reason: growth factors ensure the regeneration of the body’s organs, memories are fixed and the immune system is at its best. No wonder a lack of sleep can have serious or even fatal consequences.

Do you need a certain amount of sleep?

The answer to the question of whether you should sleep a certain amount is a simple “yes”, because if you haven’t had enough sleep, you lose your ability to concentrate and your memory, so you cannot function at your full performance potential. 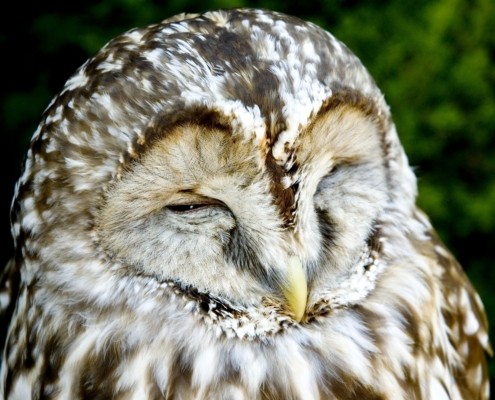 Insufficient sleep also robs your body of the opportunity to regenerate. Organs, hormones and body temperature fluctuate in a 24-hour cycle that gets out of step if you sleep too little for a long time. Too little sleep also puts you in a bad mood in the long run.

Everyone has their own individual sleep rhythm and needs but if you ignore both for a long time and don’t get enough sleep, the following things will happen.

Lack of sleep makes you fat

People who sleep little or irregularly weigh more on average than their well-rested contemporaries. There are a number of reasons for this. The first: insomnia makes you hungry.

Studies show that the hunger hormone Grehlin increases significantly due to a lack of sleep. In addition, areas of the brain that increase the desire to eat are highly active in tired people. As a result, short sleepers tend to eat more. But that’s only half the story: Even with the same number of calories, short sleepers get bigger than people who sleep long enough, because lack of sleep leads to the metabolism being reduced: The body then burns fewer calories than usual when resting. Calculated over the year, up to six kilos can accumulate on the abdomen or hips, which are solely due to lack of sleep.

Even people who actually have a genetic predisposition to being fat benefit from sleeping enough, as a twin study shows: An extra portion of sleep apparently has a soothing effect on such an unfavourable gene constellation – twins with fattening genes weigh less than their genetically identical siblings when they slept longer.

Researchers attribute this to the fact that the insulin-producing cells of the pancreas produce less insulin when there is a lack of sleep. In some of the participants, the blood sugar levels subsequently rose as high as in people who suffer from a preliminary stage of diabetes.

In addition, being overweight, which is also associated with a lack of sleep, also increases the risk of diabetes regardless of this.

Those who reduce their daily sleep ration risk premature brain aging. At least that’s what a long-term study with more than 10,000 Londoners has shown. It shows that a change in sleep behaviour may have an impact on the aging process in the brain.

Participants in the study who initially slept six to eight hours and slept one hour less than before about five years after the initial study showed significantly poorer brain performance in terms of memory, logic and vocabulary. This corresponded to accelerated brain aging of up to eight years.

Conversely, it was also true that too much is also unfavourable: Participants who had slumbered for eight to nine hours at the beginning of the study and slept an hour more in the second round of the study had also lost mental performance.

Experiments with mice show that lack of sleep can even promote Alzheimer’s. Animals genetically programmed for Alzheimer’s that neurologists at the University of St. Louis prevented from sleeping developed large amounts of amyloid-beta deposits in the brain. These protein deposits are typically associated with dementia.

How do I sleep more?

Do you think, “All well and good, but I can’t sleep late?” Perhaps not yet, but that can be learned. The German Society for Sleep Research and Sleep Medicine advises for more restful sleep:

Such rituals create a certain rhythm – and this in turn helps the biological clock to stay in rhythm or to get into it. Sleeping rituals also improve the quality of sleep.

For example, a study published in the Journal of Biological and Medical Rhythm Research showed that people who suffered from insomnia followed less consistent patterns than good sleepers.

Such a ritual should also include the ban on cell phones, tablets and laptops. A Belgian study found that sending and receiving text messages after the lights were switched off was the main problem with falling asleep and staying asleep. In addition, the test subjects felt tired during the day.

The smartphone could be useful for one thing – in flight mode, of course: To find the right sleep rhythm. Many people don’t even know it anymore because they chronically sleep too little.

There are apps that track the hours of rest at night and determine the best time to get up. If you can, you can just leave the alarm clock off for 14 days and see how many hours you sleep without being forced to get up. The best way to learn to sleep more is by sleeping more.

Getting enough sleep has the following effects on your body:

Those who sleep well are simply fitter. This is not just a perceived fact but is actually reflected in physical performance: In sport, studies have shown that the extra portion of sleep can even make the difference between victory and defeat.

A study with swimmers, for example, showed that a sleep regimen with ten hours of sleep significantly improved athletes’ performance: they were on average 0.51 seconds faster in a 15-meter sprint than after a night of normal sleep.

Another effect: the reaction time of the well-rested swimmers when jumping off the starting block improved by 0.15 seconds. That can be crucial in a competition.

A comparable study that examined the performance of basketball players produced similar results. Conclusion: A regular extra portion of sleep is, in addition to strenuous training, an additional and relaxed kick for the potential for victory.

The immune system apparently also needs sleep. Study participants who slept less than six hours a night caught a cold on average three times as often as subjects who regularly slept for more than eight hours.

In particular, the ability to develop antibodies apparently suffers from too little sleep. At least that was the result of an experiment by the University of Lübeck. Ten days later, volunteers who had stayed awake through the night after vaccination had only built up half as many antibodies as participants who were allowed to sleep the night after the vaccination.

Learn while you sleep

Sleep is still a mysterious phenomenon. However, it is now clear that learning content is only really established in the brain during sleep. Apparently certain hormones, the so-called growth factors, play a role in this. They are increasingly released during sleep and support the regeneration of the organs. However, growth factors are also crucial for the re-networking of neurons.

But not only the memory, but also the general thinking functions work better if you get enough sleep. This is what scientists from the University of Hong Kong found when they examined the cognitive performance of 29,000 older participants.

The result: seven to eight hours of sleep per night are ideal for logical thinking and the like. After less than four hours of sleep, the thinking organ works less well. But this also applies if someone sleeps more than ten hours.

Creativity is encouraged while you sleep

Creativity needs one thing above all: calm. More specifically, the REM phases are important during sleep or deep relaxation.

REM “rapid eye movement”, refers to the way eyes twitch during these phases of sleep. It is precisely then that the brain is highly active and the person dreams. In creativity tests, volunteer participants performed particularly well if they had been able to slumber beforehand and had also gone through a REM phase.

Lack of sleep and poor sleep drive blood pressure up. That is at least shown by a study by the University of Chicago with 578 participants between 33 and 45 years of age.

For the experiment, the test subjects each spent three nights in a sleep laboratory , where not only the length of their sleep, but also its quality was determined. Study participants who slept less than six hours a day had a 70 percent higher risk of high blood pressure than their peers who slept at least eight hours a night. This also applied to test subjects who only slept restlessly.

Further studies match this result: According to them, people who are exposed to aircraft noise at night are more likely to have elevated blood pressure values . London researchers came across this connection, who determined the blood pressure values ​​of around 5,000 residents around the airports of London, Berlin-Tegel, Athens, Milan, Stockholm and Amsterdam.

An increase in the nightly aircraft noise level of 10 decibels alone increases the risk of high blood pressure in women and men by around 14 percent. The nocturnal noise apparently causes stress, which also causes the blood pressure values ​​to climb over the long term.