Build-up intestinal flora: this is how it works!

The intestinal flora consists of billions of microorganisms. If their composition is out of balance, other body mechanisms are also out of step, for example the immune system. Read here how to build up the intestinal flora and when it is necessary. 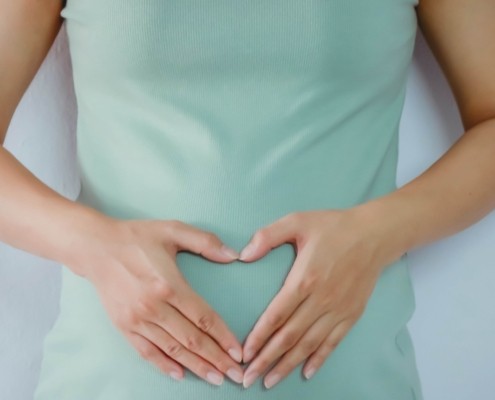 Build intestinal flora: why is it necessary?

The intestinal flora consists of various microorganisms, mainly bacteria, which are coordinated with one another. Experts speak of a microbiome. If this is out of balance, various other processes in the body overturn with it, for example the immune defence, but mental health may also suffer. A build-up of the intestinal flora then makes sense.

However, it may happen that the intestinal flora is unbalanced (dysbiosis). Potential triggers include, for example, unhealthy, one-sided eating habits, certain medications such as antibiotic therapy or stress. A disturbed intestinal flora manifests itself through different symptoms. This includes:

Building up healthy intestinal flora with home remedies: this is how it works!

In the pharmacy you can get different drugs to build up your intestinal flora, for example products that contain fermentation concentrate from probiotic bacteria or lactic acid powder. They have a prebiotic effect, i.e., stimulate intestinal activity. There are such funds in the form of tablets, capsules, or powder.

A healthy intestinal flora can also be built up with home remedies. Eating a gut-friendly diet naturally helps keep the gut microbiome healthy. The following food components are particularly valuable:

Probiotic foods contain live microorganisms, usually bacteria. They are supposed to improve the composition of the intestinal flora and support the metabolism. The list of probiotic foods includes sour milk products such as yogurt, kefir, sour milk, laban and ayran, or in cheese and apple cider vinegar.

However, there has not yet been sufficient research into how exactly the probiotic microorganisms, of which lactic acid bacteria are probably the best-known representatives, work in the human digestive tract.

There are meta-studies that suggest that probiotics, which are available in food form and as dietary supplements, have little effect on the gut microbiome in healthy people. Other studies concluded that probiotics at least support certain intestinal bacteria and substances produced by them in their function.

The situation is different with previously damaged intestinal flora: in this case, taking probiotics for a short time can reduce Clostridium difficile-associated diarrhoea (CDAD), a type of diarrhoea caused by certain bacteria. The Clostridium difficile bacterium predominantly colonizes the intestine when its flora is out of balance, for example after antibiotic therapy (antibiosis).

However, it has not been scientifically proven that probiotics generally help to rebuild the intestinal flora during or after taking antibiotics. In healthy people, the effect generally seems to be rather small.

Fermentation describes a fermentation process in which yeast or bacteria break down the sugar contained in food. Classic examples of fermented foods are sauerkraut, kimchi or kombucha, but yogurt and kefir are also fermented foods.

Many of these foods contain lactobacilli, a lactic acid bacterium that has anti-inflammatory properties. While more research is needed here, some studies suggest that fermented foods naturally help maintain healthy bowel function and prevent the overgrowth of disease-causing bacteria.

Prebiotics are food components that the body cannot digest, mainly complex carbohydrates and fibre (e.g., inulin or oligofructose), but also resistant starch that is created when you let starchy foods such as potatoes or pasta cool after cooking.

The prebiotic food components migrate to the intestines, where bacteria break them down and use them as a source of energy. In this way, they promote the growth and activity of the intestinal microbiome.

Fibre is also found in many plant foods. A diet high in fruit, vegetables and whole grains supports digestion and, according to some studies, ensures that the intestinal flora remains healthy, and the unwanted intestinal bacteria are kept in check.

Polyphenols are secondary plant substances, for example colouring or flavouring substances. As a nutritional component, they are antioxidant (against aggressive, harmful oxygen radicals in the body), antimicrobial (destroys antimicrobials such as bacteria and moulds) and anticancerogenic (prevent or delay the development of cancer).

Since the body cannot efficiently absorb all polyphenols, most of them reach the intestines undamaged, where they break down the bacteria that live there. This improves the intestinal flora; cocoa can, for example, help to increase the number of desirable bacteria such as bifidobacterial and lactobacilli in the intestine.

Build up intestinal flora: when does it make sense?

Building up the intestinal flora or helping it to regenerate is sometimes necessary when certain external factors have destroyed the bacterial colonization in the intestine. Some examples:

Build up intestinal flora after antibiotics and other drugs

Antibiotic therapy, such as that used by doctors for bacterial diseases, for example, not only destroys the pathogens, but also some of the “good” intestinal flora. In some patients, especially children, this manifests itself in diarrhoea, abdominal pain or flatulence, among other things.

The phenomenon of antibiotic-associated diarrhoea can be reduced if patients take probiotics during and for some time after antibiotic therapy, studies have shown.

However, a distinction must be made between highly effective probiotics, such as those used in medicine, and lifestyle products in which the probiotic bacterial strains are no longer in a relevant growth phase.

Some other drugs, especially hormone preparations, antipsychotics (used to treat psychoses such as delusions or schizophrenia) and anti-cancer drugs also disrupt the intestinal flora.

For the latter, at least, there is evidence that probiotics help relieve chemotherapy or radiation therapy-induced diarrhoea. However, this is not yet scientifically proven.

Build up the intestinal flora in children

In children, the intestinal flora regenerates on its own – at least if they do not have to constantly take antibiotics and are otherwise healthy. However, the risk of the above-mentioned antibiotic-associated diarrhoea can be reduced by administering probiotics during antibiotic therapy.

But the best means of building up a healthy intestinal flora in the child are neither homeopathic remedies nor medication or dietary supplements. It’s breast milk.

According to the current state of knowledge, children who are breastfed have a simpler intestinal microbiome, which largely consists of desirable bacteria. Bottle-fed children have a more diverse microbiome, but the proportion of “good” bacteria is lower.

Build up the intestinal flora after colonoscopy

It sounds logical in itself: the tube-like instrument that the doctor insert into the intestine during a colonoscopy damages the sensitive intestinal flora, which then must be rebuilt.

Eating easily digestible, non-bloating foods after the colonoscopy makes sense insofar as they do not unnecessarily burden the digestive tract and do not increase any flatulence that can occur when air is introduced into the intestine during the examination. In principle, however, you can eat and drink what you want after a colonoscopy.

People who stop smoking often gain a few pounds. According to a Swiss study, this is probably due to the fact that the composition of the tiny inhabitants of the intestine changes after they quit smoking and more of the bacterial strains that are also found in obese people develop.

During this time it certainly makes sense to eat consciously and healthily in order not to put on excessive weight and to give the body the best possible support in quitting smoking by supplying it with vitamins and minerals. However, you usually do not need to specifically build up the intestinal flora after quitting smoking. It will normalize on its own.

Building up the intestinal flora: Are there any risks and side effects?

According to current scientific knowledge, if you take probiotics as a healthy person, the risk of side effects is very low. A small American study found that in some people probiotics can overgrow the small intestine with (lactic acid) bacteria. Affected people then felt “foggy”, disoriented, and had flatulence. However, this is not the rule.

Intestinal flora – what is it?

The intestinal flora describes all bacteria and microbes that cavort in the human intestine. And there is a lot going on there: several quadrillion billions of small residents can be found in our digestive system. Most of them do good there, help with digestion, with vitamin production or in the defence against pathogens.

However, the structure is susceptible to malfunctions. If the intestinal flora is out of balance, the risk for, among other things, increases

To stay healthy, a balanced intestinal flora is extremely important. It is usually not necessary to actively build it up – and, according to the current state of knowledge, it may not make sense at all. Regarding the benefits and effects of probiotics and the like, more research needs to be done.

On the other hand, it makes very good sense to support the intestinal flora with a gut-friendly lifestyle, that is: plant-based, varied diet, drink enough