Can corona vaccinations make you sterile?

Claims like “COVID vaccines make you infertile!” have been swirling around social media for months. At first, it was only women who had to worry about their fertility after a coronavirus vaccine. And the proponents of the claim say they can explain it biologically.

They say that vaccines produce antibodies that not only attack SARS-CoV-2, the virus that causes COVID-19, but also a protein that’s needed for a placenta to grow in the womb.

But scientists say that is a myth. 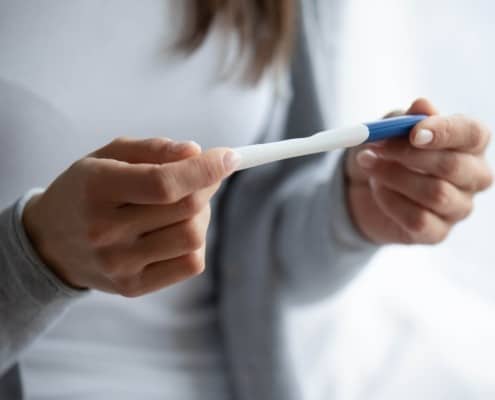 The same number of pregnancies among vaccinated people

The all-clear in this regard was given by the largest phase 3 study on the Comirnaty vaccine from BioNTech / Pfizer. 38,000 people took part – half received the vaccination, the remainder a placebo. The prerequisite for participation in the vaccination study was a negative pregnancy test for female test subjects .

This is how the vaccines work

The vaccines hold a “blueprint,” in the form of mRNA, for a bit of SARS-CoV-2, the virus that attaches itself to our cells and infects us. We’re talking about the so-called spike protein that pokes out of the surface (or membrane) of the virus.

When the body reads that blueprint, the body produces a version of that spike protein itself and that kickstarts an immune response. It’s important to note that the body does not reproduce harmful parts of the virus!

Based on those internal proteins, the body produces antibodies to fight what it thinks is an invasion by the SARS-CoV-2 virus. And that then gives you a good measure of protection against real attacks in the future.

Why corona antibodies do not harm the placenta

But how are vaccines supposed to endanger fertility in the first place?

The claims go on to suggest, however, that those antibodies attack another protein called Syncytin-1. It’s that protein that helps placentas grow in the womb, and which is necessary for a successful pregnancy. The reasoning of those people peddling the claim is that Syncytin-1 and the spike protein have a similar appearance. But research indicates that actual similarities are very small, indeed.

The fears relate primarily to an (alleged) structural similarity between the spike protein of the Covid-19 pathogen Sars-CoV-2 and the body’s own protein syncytin-1 – which is involved in placenta formation. The antibodies that the body forms as a result of the vaccination against the spike protein of the virus could also be directed against syncytin-1 – hence the concern.

But this is unfounded: in fact, the similarity of the two proteins is limited to just 0.75 percent of the more than 1000 amino acids that make up the spike protein. In concrete terms, it contains a sequence of five amino acids (VV N QN) at a single point which does not even correspond to a five-digit syncytin-1 sequence, but only resembles it (VV L QN). The agreement is far too low to trigger an immune response to syncytin-1.

In addition, the sequence in question is also within the structure of syncytin-1. A corresponding antibody could not dock there anyway.

And there is another argument: According to this logic, the infection with the virus should make itself even more sterile. Because this also forms the spike protein against which the antibodies are directed. Attacks on the placenta have not been observed anywhere in the world with the more than 239 million Sars-CoV-2 infections.

Not only for women and girls – men and boys also get the all-clear: in the case of artificial insemination, the sperm of vaccinated men proved to be no less agile than that of unvaccinated ones. This is confirmed by a study from Israel with data from 36 couples who were in fertility treatment for artificial insemination (IVF) during the period of the Covid-19 vaccination. The quality of the egg cells was also equally good in both groups.

Another American study examined the sperm parameters of 45 men before and after vaccination with 2 doses of an mRNA vaccine. Differences? Here, too, there is no evidence.

The spread of the legend that the corona vaccinations make people infertile is currently endangering one group of people in particular: pregnant women and their children.

Since the immune system shuts down in the event of pregnancy so that the body does not reject the child, pregnant women are more likely to develop Covid-19 more seriously than women of the same age who are not pregnant, even at a younger age. In addition, a Sars-CoV-2 infection also threatens the unborn child.

Women who want to have children should not be deterred by misinformation about the vaccination.