How COVID-19 changes the brain

Infection with Covid-19 can shrink the brain and change its structures. Researchers at the University of Oxford found this out using brain scans.

They compared the MRI images of 401 participants between 51 and 81 years before and an average of 4.5 months after a corona infection. They compared these with brain scans from another 384 men and women who had not received a Sars-CoV-2 diagnosis between the two examinations. 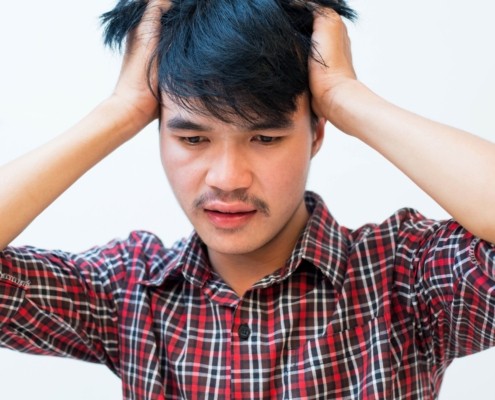 The research team was particularly interested in the effects of infections with mild to moderately severe courses. They, therefore, excluded people who had to be treated in hospital for Covid-19.

“It was quite a surprise to see… how much the brains of those infected had changed compared to those who were not infected,” explains the study’s lead author, Professor Gwenaelle Douaud.

In fact, the team found the following differences:

In addition, the infected participants deteriorated more on average than uninfected participants in tests on memory and other mental abilities between the two examinations. Whether this is directly related to the degradation in the brain cannot be derived from the study data.

Noticeable changes even with lighter gradients

“Considering that most of the people in the case group had mild to moderate symptoms of Covid-19, the changes Douaud and colleagues found are surprising,” writes Randy L. Gollub of Harvard Medical School in Boston accompanying the publication in a Commentary of the journal “Nature”.

This is all the more important given that the researchers had taken great care to ensure that the two groups matched as closely as possible with regard to possible influencing factors. These included gender, age, socioeconomic status and health data such as blood pressure, body mass index and alcohol consumption. They also made sure that the timing of the first brain scan and the time between the two scan sessions were as similar as possible.

Does the virus travel to the brain via the olfactory nerve?

However, it is not yet clear what the specific causes of the brain changes are. This is how the virus could spread via the olfactory nerves in the brain. Neuroinflammatory processes in which nerve cells become inflamed are also conceivable.

With regards to the changes in the olfactory cortex, it is also unclear whether the virus attacks this region directly or whether the cells regress because they are no longer stimulated due to the lost sense of smell.

Data from the British Biobank project

The data for the study comes from a British biobank project that has been tracking the health of around 500,000 people over 15 years – including in part using MRI scans of the brain. Since these occur without a health reason, the probability that the observed changes have taken place independently of Covid-19 due to other pathological processes decreases.

The participants were recruited between 2006 and 2010 and were between 40 and 61 years old at the time. Therefore, the current study cannot provide any information about brain changes in younger Covid patients.

Sars-CoV-2 can affect the nerves

In line with the observed brain changes, there were indications early on in the pandemic that a Sars-CoV-2 infection could also affect the brain and nerve cells. First, there was a noticeable and persistent loss of taste and smell that many patients reported. On the other hand, persistent headaches and other long-Covid phenomena were also an indication of nervous system involvement.

Above all, some of the Covid patients still suffer from so-called “brain fog” months after the infection: They report sometimes serious concentration problems and other cognitive disorders. These also affect patients who were originally mildly ill.

It should be noted in this context that the study did not contain any data from younger Covid patients. However, the neurological phenomena described were also frequently observed in this group of patients.

Does the brain recover from the infection?

It is unclear whether the changes will be permanent. In principle, the brain has the ability to regenerate, the researchers emphasize. “We know that the brain is very plastic – which means it can heal itself,” says Douaud. So there’s a good chance that the harmful effects of the infection will wear off over time, but that’s not certain.