Covid-19: How many lives did masks save?

Despite ongoing efforts to vaccinate communities against the Coronavirus disease (COVID-19), the necessity of face mask use to control the pandemic remains subject to debate. The below study examines a hypothesized association of face covering mandates with COVID-19 mortality decline across 44 countries in 2 continents. Several other studies have also investigated face masks and COVID-19, covering smaller and less diverse populations than the following study’s sample).

Whether in supermarkets, subways, schools or offices: face masks are now ubiquitous in the pandemic.  The aforementioned study now shows how effectively they have contributed to fewer people dying. 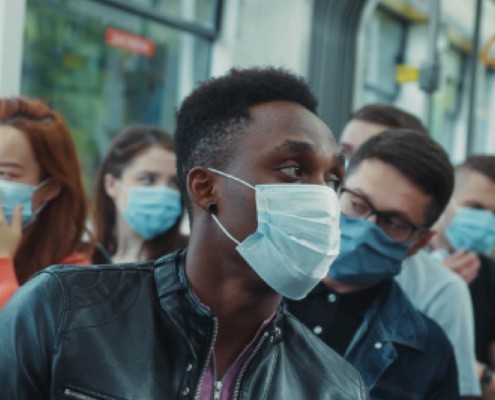 How effective are masks in preventing deaths?

While people in many Asian countries took out their masks right at the beginning of the pandemic, it was difficult in the West: Politicians were hotly debating the usefulness of protective masks against Covid-19 for the general population.

Simultaneously, numerous studies have confirmed what common sense should have made immediately clear: Viruses that are transmitted via droplets or aerosols from the breath will find an effective barrier/defence in the form of FFP2 masks – provided they are worn properly over the mouth and nose. They protect against infection – but how effectively have they prevented fatal infections/onsets/bouts? in practice?

Researchers working with Sahar Motallebi from Lund University in Sweden have now investigated this across national borders for the first time. To do this, they evaluated a huge amount of data: The source was the Covid 19 death rate of almost one billion people from 44 countries. In 27 of these, masks were mandatory in certain areas during the study period, while in 17 it was not.

For their study, the researchers selected the range/time period from February 15 to May 31, 2020. This seemed ideal as contact, assembly and movement restrictions were applicable in all of these countries at the beginning of the pandemic, allowing (for) the data to be far more comparable. In addition, the researchers also considered possible effects of other important deciding parameters such as age, structure as well as social and health differences in the countries examined.

The 44 countries reported a total of more than two million (2,167,664) confirmed Covid-19 deaths within those six weeks. Around one million (913,907) of these were in countries that required a mask. At the end of the study period, 48.40 people per million inhabitants had died here.

In those countries devoid of a mask requirement, this rate was significantly higher: Here, 1,253,757 people died in the same period. However, the total population in these groups of countries is much lower. The risk of dying of Covid-19 here was more than five times as high, with 288.54 deaths per million population.

In addition, these numbers come from the beginning of the pandemic, when the incidences were still comparatively low in many places. In hypothesized/assumed phases of high infection rates, the effect is likely to have been correspondingly more massive.

“Our main goal was to learn from the pandemic,” says Motallebi. This way, future viruses that are transmitted through the air can be better countered – until pharmaceutical measures (such as vaccinations and drugs) are made available.

Masks can reduce mortality during respiratory epidemics by preventing contamination via droplets and aerosols – especially if both contacts are wearing masks. In addition, if someone is infected despite the mask, fewer viruses will still get into their respiratory tract than without. The risk of infection decreases.

In order to keep the data as comparable as possible, the researchers concentrated on the group of 50 countries with the world’s highest life expectancy, education and living standards as well as trust in the respective government.

The data from the United States and Canada were also excluded. There was no uniform mask regulation there because health policy takes place at the state and provincial level.

With all sorts of virus variants, vaccines can reduce mortality, but not necessarily prevent diseases. Face masks continue to protect against both.

Since vaccinations provide good protection against severe disease, but not reliably against infection and transmission of the virus, it still makes sense to combine both measures – vaccination and face mask, according to Motallebi.

In view of new virus variants such as Omicron, against which the current vaccines are much less effective in protecting against infection, this is certainly all the more true. In the current situation, the recommendation is therefore: face mask plus vaccination.

Since 2020, the deployment of vaccines against COVID-19 has been a major advance in the battle against the pandemic. Vaccines are highly effective at reducing serious complications from a COVID-19 infection, and can even reduce transmission. Still, mask mandates remain a highly relevant tool/measure in the years to come.  Foremost, not all countries have the same access to vaccines and, even in countries with ample supply, the demand for vaccines is hampered by hesitancy. Second, there is already some evidence that newer variants of the virus can generate breakthrough infections even in vaccinated individuals, meaning vaccine efficacy may decline over time. The above findings support the use of face masks to prevent excess COVID-19 deaths, and should be advised especially during airborne disease epidemics.

Because these cookies are strictly necessary to deliver the website, refuseing them will have impact how our site functions. You always can block or delete cookies by changing your browser settings and force blocking all cookies on this website. But this will always prompt you to accept/refuse cookies when revisiting our site.