Despite the booster: High blood pressure may double the risk of severe COVID

In the omicron wave, high blood pressure doubled the risk of hospitalisation – even for people who were boosted.

Californian researchers evaluated the medical data of 912 patients who were infected with Sars-CoV-2 during the omicron wave between December 1, 2021 and April 20, 2022 – even though they were fully vaccinated and boosted. 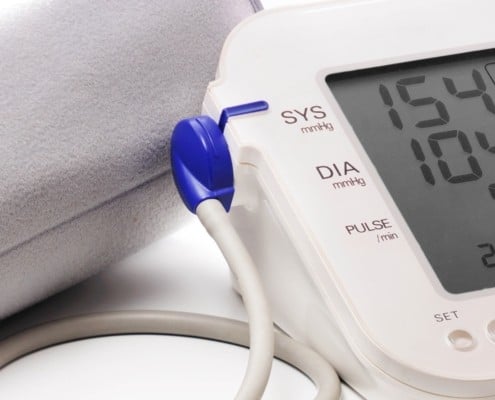 145 of them had to be treated in the hospital afterwards. The interesting thing: 82 percent of them suffered from high blood pressure.

Many of these had no other risk factors. “The data show that it’s not just older people with underlying conditions who are at risk,” said study leader Joseph Ebinger of Cedars-Sinai Medical Center in Los Angeles.

“We have to raise awareness that even three vaccinations cannot prevent all people from developing severe COVID-19 disease – especially not in people with high blood pressure,” said the cardiologist.

Also at high risk for hospitalisation after a breakthrough infection were patients with kidney disease or heart failure and those who had suffered a heart attack . However, since these diseases are often secondary damage to high blood pressure, the researchers looked at hypertension patients without such secondary diseases separately. But even for them, the probability of an inpatient stay was considerable.

The risk of being hospitalised with COVID-19 also increased with age and the distance between infection and the last vaccination. However, high blood pressure was associated with the greatest risk: it was increased 2.6-fold.

“Our data show that it’s not just older adults with other underlying conditions who are susceptible,” Ebinger said. “Breakthrough omicron infection severe enough to result in hospitalisation can strike an adult of any age, especially if a person has hypertension.”

It doesn’t just hit the sickest of the sick

This also applies if they have no other serious chronic diseases. “The people who are most at risk are not necessarily the ones we think of first. It is not about the sickest of the sick.” That was a surprising find.

People with high blood pressure who develop COVID-19 should therefore talk to their doctor about antiviral therapy, says Ebinger. And that could affect many: According to the Robert Koch Institute, around one in three Germans has high blood pressure.

In contrast, conditions such as obesity and diabetes, identified as major risk factors early in the pandemic, were less clearly associated with hospitalisations during the omicron wave.

More research is needed to understand the biological processes that can lead to more severe COVID-19 disease in people with hypertension. It is already known that Sars-CoV-2 can damage the blood vessels directly. This effect is possibly even greater in vessels that have already been damaged by hypertension.

High blood pressure is hardly noticeable for a long time, even at fairly high values. It is often only recognised when it has already caused damage to the cardiovascular system or to the nerve cells. That’s why it’s considered a silent killer.

According to a recent survey performed on both Emiratis and expats in the United Arab Emirates, 44% of those polled did not perceive hypertension as potentially fatal disease, and were unaware of its symptoms. Despite this, around 30% of the population in the UAE has hypertension, but only 3-6% controls it via doctor’s visits or home measures. These findings are alarming, as in reality, hypertension, or high blood pressure, is a serious medical condition that is a major risk factor in developing multiple, often lethal, diseases.

Over 90% of hypertension patients have primary hypertension, which does not have one specific cause. It is rather a combination of various unfavourable factors such as:

Only a low percentage of patients have secondary hypertension, which is caused by disorders such as sleep apnea, adrenal gland tumours, vascular disease, chronic kidney disease, or aortic coarctation (narrowing).