Reasonable and Customary (R&C) is one of the most commonly misunderstood and inconsistently applied terms in medical insurance despite its widespread use. Essentially it seeks to limit the amount of money that will be reimbursed to an insured person for a legitimate claim to an amount that is considered Reasonable and Customary. This could be also be interpreted to simply mean fair or just, but the reality is often far from it. 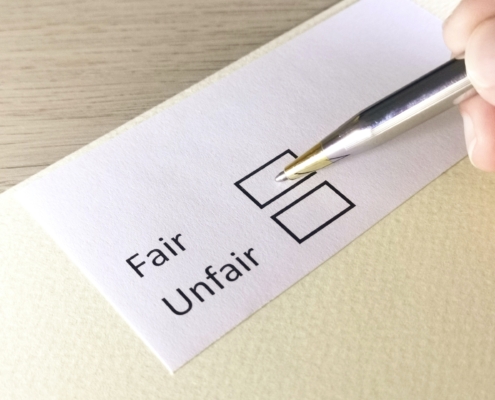 So how does it work in practice?

Question: if an insured person visits a high-end and quite expensive dentist for a cavity filling and they are required to pay $200, how much could they expect to be reimbursed when they submit the claim for their out of pocket expenses to an insurer if the reimbursement terms in their policy are stated as being “100% R&C”?

Answer: It varies greatly depending on the geographic location of the dental clinic, so for example the R&C rate might be greater in London than Jakarta, less in Utah than in California, more in the United Arab Emirates (UAE) than Malaysia, etc.

This seems to be, as the term suggests, “reasonable” and fair, but when we compare what different insurers consider to be their R&C rates for different treatments or services in a specific location the differences can be significant, with the amounts that are reimbursed to people often being disappointingly less than they expected.

So why are people typically reimbursed less than they expected?

Health Insurers that use the R&C method for reimbursement will usually explain that they reference an up-to-date list of benchmark prices for any geographical area which are used to determine how much to reimburse for each claim, and here is where the problems begin. To keep an up-to-date list of prices in a constantly changing market can be quite challenging but the real issues and ambiguity come from how these benchmark rates are derived.

Back to the example of the $200 dental claim at a high-end dentist. Should the member expect to get back the full $200 if that is what a filling would cost at other high-end dentists in that geographic location? Or perhaps the insurer has some direct settlement arrangements with some dentists in their network and the discounted high-end dentist rate for a filling is $160 (due to their 20% network rate discount)? Or should they expect the reimbursement to be for the average cost of a filling in that geographic location by considering all dentists, including the cheapest low-end ones when calculating the average, so $80 (or $64 taking account of discounted network rates)? And maybe the claim relates to vising a dentist in one of the most expensive states like California, but a USA average is considered so the reimbursement is $70 (or $54 taking account of the discounted network rates)? So, the insured person only gets around 25% of their money back. It may sound absurd and far from reasonable but all too often this is the case.

This typically leads to disputes and arguments but without visibility of the benchmark rates list and the methodology used in the calculation for many it can feel like some arbitrary average and unreasonable rates have just been plucked from the sky and they have been seriously short-changed. Disputes however almost always end with an explanation from the insurer that these are based on their calculated R&Cs rates, and they cannot share them or how they are calculated, so there is no transparency and therefore it is impossible to justify or challenge the decision. It can feel as if R&C rates are something shrouded in mystery and that the only winner if contested will be the insurer.

It is not that R&C is necessarily bad although the deductions with some Health Insurance Policies can be particularly harsh. It is what it is, and employing this method means costs for claims pay-outs can be significantly reduced for insurers, which in turn leads to much cheaper and more economical plans which may be desirable for many people and businesses. The important thing is that it is clear this method can lead to some often heavily reduced reimbursements and little transparency. Policyholders need to manage their expectations. Getting a fraction of a dental claim back can be frustrating or disappointing but imagine if it was something more expensive like surgery or on-going treatments for a major condition. Only getting back a fraction of 10s or 100s of thousands of dollars suddenly becomes a huge financial hit.

For the reason of transparency and greater fairness, all HanseMerkur Health Insurance Policies always reimburse on Actual amounts or a clearly shown percentage of Actual amounts on some medical expenses, so it does not leave anyone unexpectedly and unjustifiably out of pocket. On dental claims reimbursement is always 100% of the Actual amount, so for that $800 dental claim the reimbursement would be for the full $800, and this can be a very significant factor when selecting a medical insurance policy.

Those taking out medical insurance should therefore take care to carefully consider the reimbursement benefits and risks of Actuals versus R&C and try to always make an informed decision that is right for them.