The pandemic has made many children fat and sick

Corona pounds don’t just affect adults. Many children have also gained weight during the pandemic. This applies to every sixth young person between the ages of 3 and 17. In the 10 to 12 age group, almost every third person has gained weight. There are also other physical and mental injuries. A recent study shows how dramatic the situation has become. 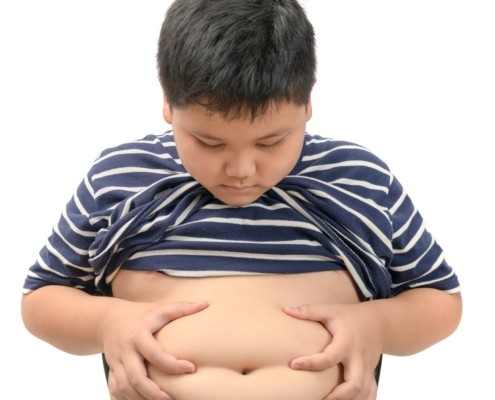 Once again, it hits poorer children in particular

Children and adolescents from low-income families were twice as likely to be affected by unhealthy weight gain as their peers from high-income families (23 to 12 percent). The social gap is even wider in this respect than before the pandemic.

This is shown by a representative parent survey commissioned by the German Obesity Society (DAG). It is still unclear whether and – if so – by how much the already alarmingly high number of overweight children and young people has increased in the course of the pandemic.

The last nationwide survey on the subject dates from 2017. Even then, 15.4 percent of 3 to 17-year-olds were overweight and 5.9 percent were even obese. Nationwide current data are missing. A clear indication, however, is that according to the DAK-Gesundheit, hospital treatments for obesity in children and adolescents increased significantly in 2020.

“We have never seen weight gain on the scale seen since the pandemic began,” explains Dr. Susann Weihrauch-Blüher, spokeswoman for the Working Group on Obesity in Children and Adolescents (AGA) of the DAG.

How childhood obesity is harmful

Being overweight is unhealthy at any age, but it is particularly risky in childhood and adolescence:

For the current study, the opinion research institute Forsa surveyed a total of 1,004 parents with children aged 3 to 17 in March and April 2022. In addition to the weight gain, the survey revealed many other problematic health consequences of the corona pandemic for the children:

Of particular concern, these trends appear to have intensified since the first lockdown.

After all, the survey revealed a positive effect of the pandemic: 34 percent of families now eat together more often than before.

Experts from the German Obesity Society are now calling for a “Marshall Plan” against the obesity epidemic in children and adolescents. This includes immediate measures that scientists have been calling for for a long time:

These are all measures that have already been implemented in other countries and have proven their effectiveness. Example Great Britain: Since April 2018, there has been a levy on drinks that contain at least 5 grams of sugar per 100 milliliters. It is 18 pence (21 cents) from 5 grams and 28 pence (33 cents) from 8 grams.

According to a study by the University of Oxford, the average sugar content of soft drinks has fallen – from 4.4 grams (2015) to 2.9 grams per 100 millilitres (2018). Extrapolated to the average consumption of sugar sodas, this would correspond to a reduction of 30 percent per capita and day.

Sales of soft drinks, which are subject to the sugar tax, fell by 50 percent over the study period, while sales of sugar-free and low-sugar beverages increased by 40 percent. These changes accelerated between 2017 and 2018 – probably triggered by the introduction of the sugar tax, according to the study authors.

UAE: progress is being made, but still work to do

The UAE government introduced a 50% excise duty on Sugar Sweetened Beverages (SSBs) from 1st January 2020 and this had the positive dual effect on consumption, not only of making such beverages less affordable but also signalling these products can be a health risk. Unhealthy food, particularly the abundance of convenient and cheap restaurants and home deliveries however is not restricted and combined with increased in activity due to being stuck at home has also taken its toll on the youth of the UAE.