Potassium, which is found in abundance in bananas, for example, can cushion the negative effects of a high-salt diet, especially for women.

Humans have an innate appetite for salt: Salt is essential to life but was once hard to come by. Today it is found in abundance in many finished products because the seasoning encourages consumption.

But the body is not prepared for such amounts of salt: too much sodium chloride, the chemical name for table salt, drives up blood pressure.

Scientists around Liffert Vogt from the University Hospital Amsterdam (UMC) have now found a way to counteract this without giving up salt – at least as a woman. 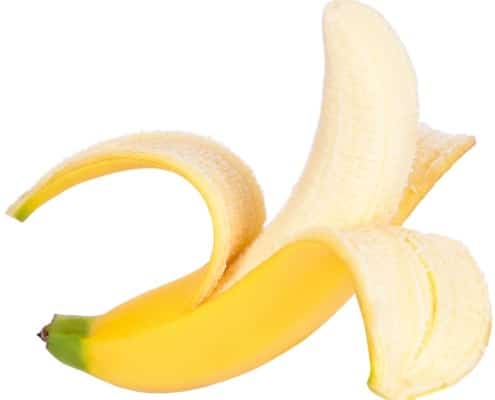 Potassium promotes the excretion of sodium

This can be used to calculate the daily excretion of sodium and potassium – and thus roughly the corresponding intake of the two minerals through food.

The result: women, who belonged to the third with the highest potassium consumption, had lower blood pressure values. For every gram of extra potassium added each day, the systolic reading of their blood pressure dropped by 2.4 mmHg. The researchers observed no corresponding effect in men.

One possible explanation for this gender difference is that women are more responsive to sodium—they are more salt-sensitive. A counteracting influence could be correspondingly more sustainable.

What is behind the high pressure in the blood vessels. And how you can influence your blood pressure yourself.

In the subsequent observation period of around 20 years on average, it was confirmed that a high potassium intake actually protected the female participants from cardiovascular diseases. Women in the highest potassium intake group had an 11 percent reduced risk of having a cardiovascular event, such as a heart attack or stroke.

The World Health Organization (WHO) recommends that adults consume at least 3.5 grams of potassium per day. Foods rich in potassium include dried fruit, avocados, bananas, salmon and potatoes.

However, people with kidney disease should rather limit their potassium intake.

Fortunately, UAE residents are blessed with a vast choice of bananas of all sized and even colours from India, Sri Lanka, Philippines, Caribbean and Africa but also closer to home from Oman, so the world’s favourite fruit, is always cheap and in plentiful supply. Enjoy!