The incidences in the German-speaking EU countries are still well below those of last autumn – but they are increasing from week to week. In which age groups is the virus currently spreading most strongly – and who needs to be hospitalised?

The main reason for the rising numbers is the delta variant of the virus. If a person who was infected with the initial form of the virus first reported in Wuhan, China in December 2019 infected an average of 2 to 3 people without protective measures, it was already 3 to 4 with the alpha variant, however, delta infected people have the potential, on average 5 to 8 to infect other people. 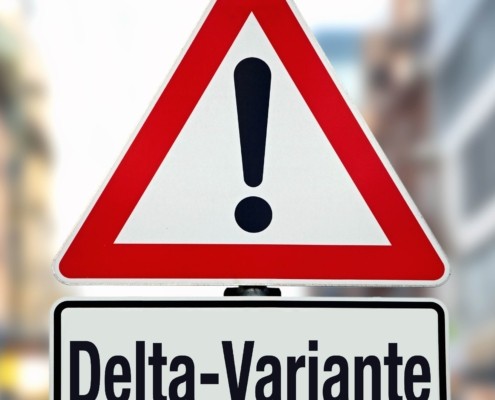 The virus is currently circulating mainly among boys

There are corresponding observations from all German-speaking countries:

In Germany, 15 to 34-year-olds contribute 40 percent to new infections – although they only make up around 20 percent of the population. And there are likely to be more: According to the RKI, the seven-day incidence increases the most in this age group.

In Switzerland, 53 percent of new infections are among those under 30 years of age.

Last year, too, the third wave caught young adults first. Unlike a year ago, however, the numbers are already rising in midsummer and not just in autumn.

Only a few have to go to the hospital – still!

The advantage of the current age structure of new infections is that most of those affected only get mildly sick or even develop no symptoms at all.

Accordingly, the curve of hospital admissions and intensive care beds occupied is currently still stagnating – or is only increasing slowly. The data do not provide any information about the proportion of intensive care patients from the respective age groups. However, it can be assumed that it is more likely to affect middle-aged people – the elderly are predominantly vaccinated, the young rarely become seriously ill.

With the overall increasing number of cases, unvaccinated people from the somewhat older cohorts could become more infected and experts say this can only be prevented if a higher proportion of the population is fully vaccinated – especially the middle-aged cohorts.

Where do you get infected abroad?

Traveling has become a pretty concerning activity in the last couple of months, with the global spread of the Coronavirus. People are cancelling booked trips and have been warned by health officials to minimise visits to already affected countries. Several countries are taking measures to protect their citizens from the virus. Some have even banned entry or lifted visa exemptions for people traveling from affected countries and several countries have also made travel health insurance mandatory if travellers wish to enter.

Holidaymakers bring the virus with them as a souvenir – but how often exactly is unclear. In Germany, for example, their official share of new infections is so far only around 12 percent (5049 people, July 5 – August 1). However, in 43 percent of all reported cases, there is no information on the likely site of infection.

By far the most frequently infected travellers came from Spain, followed by Turkey, the Netherlands, Croatia and Greece.

Holidaymakers who return to Germany from Spain and are not fully vaccinated or recovered must therefore go into a ten-day quarantine until further notice . By presenting a negative corona test, this can be ended after five days. In Austria and Switzerland there are no quarantine regulations for travellers to Spain.