Summary: Excessive glucose consumption directly promotes the pathological function of certain cells within the immune system. Calorie-reduced diets can have beneficial effects on the immune system and have autoimmune diseases.

For people who are at high risk of autoimmune diseases, it could be worth cutting back on sugar: those who consume sugar and other carbohydrates in excess over a long period of time have an increased risk of developing an autoimmune disease. 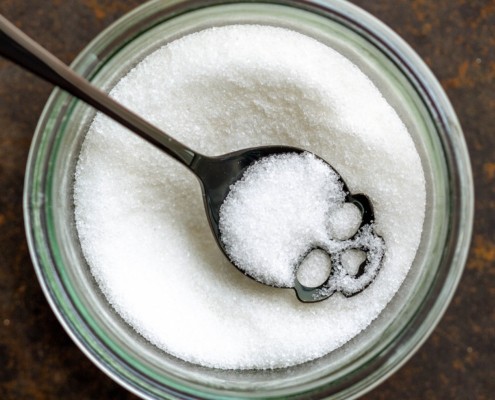 In affected patients, the immune system attacks the body’s own tissue and the consequences are, for example, chronic inflammatory bowel diseases such as Crohn’s disease and ulcerative colitis, type 1 diabetes and chronic inflammation of the thyroid gland.

What exactly happens in the body is complex and not yet fully deciphered. Researchers at the University of Würzburg have now found a possible mechanism of action.

The underlying molecular mechanisms that promote autoimmune diseases are multilayered and complex. Now, scientists at the Julius Maximilians University of Würzburg (JMU) have succeeded in deciphering new details of these processes.

Their work supports the notion that excessive consumption of glucose directly promotes the pathogenic functions of certain cells of the immune system and that, conversely, that a calorie-reduced diet can have a beneficial effect on immune diseases.

Based on these findings, they also identified new targets for therapeutic interventions: A specific blockade of glucose-depended metabolic processes in these immune cells can suppress excessive immune reactions.

Glucose transporter with a side job

Martin Väth explains that “immune cells need large amounts of sugar in the form of glucose to perform their tasks. With the help of specialized transporters at their cell membrane, they can take up glucose from the environment.”

Together with his team, Väth has now been able to show that the glucose transporter GLUT3 required for this not only transports sugar into the cells in certain immune cells, but also regulates inflammatory processes. In their study, the scientists focused on a group of cells of the immune system that have not been known for very long: T helper cells of type 17, also called Th17 lymphocytes, which play an important role in regulating (auto-) inflammatory processes.

“These Th17 cells express lots of GLUT3 protein on their cell surface,” Väth explains. Once taken up, glucose is readily converted to citric acid in the mitochondria before it is metabolized into acetyl-coenzyme A (acetyl-CoA) in the cytoplasm. Acetyl-CoA is involved in numerous metabolic processes, including the biosynthesis of lipids.

However, acetyl-CoA fulfils additional functions in inflammatory Th17 cells. Väth and his team showed that this metabolic intermediate can also regulate the activity of various gene segments. Thus, glucose consumption has a direct influence on the activity of proinflammatory genes.

According to the researchers, these new findings pave the way for the development of targeted therapy of autoimmune diseases. For example, blocking GLUT3-dependent synthesis of acetyl-CoA by the dietary supplement hydroxycitrate, which is used to treat obesity, can mitigate the pathogenic functions of Th17 cells and reduce inflammatory-pathological processes.

Everyone knows diarrhea and abdominal pain. In some cases, however, these problems never go away or keep coming back. So-called chronic intestinal inflammation, or IBD for short, is to blame for this. Eleven quick facts!

There are basically two forms of chronic intestinal inflammation: Crohn’s disease and ulcerative colitis. In ulcerative colitis, the large intestine is primarily affected. This means that the inflammation spreads from the rectum towards the small intestine. In Crohn’s disease, on the other hand, very different areas can be inflamed. The large intestine is affected in around 25 percent of patients, and the last section of the small intestine in 30 percent – ​​but the esophagus and stomach can also be inflamed.

Both forms of inflammatory bowel disease first appear at a relatively young age. Those affected are between 20 and 40 years old when they are first diagnosed. However, there is a second disease peak between 60 and 70 years of age. Approximately 160 to 250 out of 100,000 people in Germany are affected by ulcerative colitis. In the case of Crohn’s disease, the figure is between 120 and 200 per 100,000 inhabitants.

What both intestinal diseases have in common is that they mainly occur in phases. This means that after periods of relative rest, severe symptoms suddenly arise: painful urge to defecate, cramping pain in the lower abdomen, flatulence, nocturnal urge to defecate, tiredness or slight fever. Some patients lose their appetite and unintentionally lose weight. Above all, however, those affected suffer from diarrhea, in the case of ulcerative colitis it is often bloody with mucus secretions.

Despite intensive research, the causes of inflammatory bowel disease (IBD) have not yet been clarified. It is assumed that an unfavorable interaction of hereditary, psychological, but above all immunological factors leads to the disease. However, various risk factors have been identified, for example smoking for Crohn’s disease. With both IBDs, stress or heavy exertion can fuel a flare-up of the disease.

Researchers suspect that the function of the immune system against the bacteria in the intestine is disturbed and the body reacts with an inflammatory reaction. In the case of ulcerative colitis, the protective mucous membrane is apparently not thick enough and the germs can attack the intestinal wall. In Crohn’s disease, the protective layer does not contain enough antibodies to prevent the bacteria from entering. Both result in local inflammation.

Those affected by chronic intestinal inflammation often have a long history of suffering behind them. A colonoscopy will determine whether the cause is to be found in the intestines. During the endoscopy, the doctor looks at the intestinal wall (is it reddened over a large area or only in places?) and takes samples that are later examined in the laboratory. Blood, stool and ultrasound tests are also carried out.

Since the causes of colitis are not known, one can only alleviate the symptoms. Anti-inflammatory drugs are used for this, which are intended to alleviate the flare-up of the disease and prolong the resting phase between two flare-ups. Aminosalicylic acid is usually the drug of choice, and cortisone is also used in the case of severe flare-ups. If the inflammation cannot be controlled with medication, in extreme cases part of the intestine can be surgically removed.

Aminosalicylic acid is also used in Crohn’s disease to curb local inflammation. In the case of severe flare-ups, the doctor also administers cortisone. If there is a bacterial infection, antibiotics are used. Crohn’s disease also requires surgical interventions much more often, in which, for example, chronically narrowed areas in the intestine are removed or severely affected sections of the intestine are removed.

There is currently no cure for either ulcerative colitis or Crohn’s disease. The aim of the therapy is to extend the breaks in which the patient has no symptoms for as long as possible. These remission phases can sometimes last for years.

People with chronic inflammatory bowel disease have an increased risk of colon cancer. It is therefore important that patients are regularly examined for malignant changes in the intestine.

Low-carb diets may slow down inflammation

One active ingredient that could do this is already known: the dietary supplement hydroxycitrate, which is already being used to treat type 2 diabetes. In addition, a low-sugar diet in particular could not only prevent immune diseases, but also have a positive effect on their progression.