On average, women live longer than men. However, being female also has health disadvantages: women are more likely to suffer from diseases such as Alzheimer’s, autoimmune diseases such as multiple sclerosis or macular degeneration. Can a targeted diet protect against this? 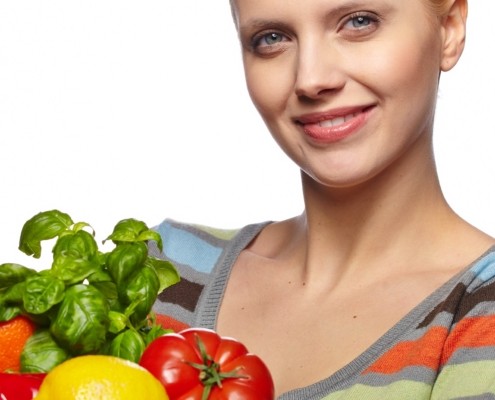 Genes, hormones, psychological factors – there are many reasons why not only lifespan, but also the risk of various diseases is unequally distributed between men and women.

“Two-thirds of all cases of dementia in the world affect women,” explains Prof. Billy R. Hammond of the Franklin College of Arts and Sciences at the University of Georgia. The same applies to what is known as macular degeneration, in which a dark spot in the middle is caused by age of the field of view appears.

Part of the explanation for this is that these diseases increase with age and women live longer. But even if age is factored out, there is still a considerable excess of female patients.

The good news: “Both are conditions that can be managed through a healthy lifestyle,” explains Hammond.

Can more vitamins protect the brain and eyes?

Vitamins and other nutrients could play a central role in this. According to the scientist, women need significantly larger amounts of these than men. In fact, a not insignificant part of the trace elements taken in migrates into the fat deposits. The body should then be able to fall back on them in the event of pregnancy. This is also the reason why women usually have a higher body fat percentage than men.

Vitamin deficiency in the brain and retina

However, the stored vitamins and other trace elements may be missing elsewhere. Less of it is also available for the retina and the brain. However, they are important in order to slow down degenerative processes there. Because the plant pigments ingested with food, such as carotenoids, act as antioxidants in humans. This means: They intercept aggressive oxygen molecules, so-called “free radicals” in the body.

For example, two specific plant compounds from the group of carotenoids – lutein and zeaxanthin – are also found in certain tissues of the eye and the brain and, according to Hammond, can improve the degeneration of the central nervous system there.

“Men and women consume about the same amount of these carotenoids, but women’s needs are much higher,” Hammond said.

The scientists therefore recommend that women specifically consume larger amounts of colourful vegetables and fruits that are rich in antioxidant plant pigments. These include sweet potatoes, kale, spinach, watermelon, peppers, tomatoes, oranges, and carrots. The active plant ingredients it contains are particularly important for preventing visual and cognitive damage.

It is clear the needs of the human body are complex, and our understanding is still evolving, but it is also clear that most people could get everything their body needs from nature if they just made a bigger effort with their diet. The number of people looking to replace what they can gain from eating the correct foods with vitamin pills and capsules is however rising but for many it is not medically necessary or even advisable, and it is for this reason the unproven practice of taking such man-made forms of vitamins and supplements is excluded from most health insurance policies and their usage restricted but regulators such as Dubai’s DHA and Abu Dhabi’s DOH.

There are times however when a person is not just low on a certain scale or range but is actually ‘deficient’ and there is a medical need to boost the level of a certain vitamin or supplement for example and anaemic person with iron so it is helpful that your health insurance will cover these things if prescribed and justified. Fortunately, with all HanseMerkur health insurance plans if there is a proven deficiency vitamins and supplements will be covered.