As men age, some of their white blood cells lose their Y chromosome. One X chromosome remains. That doesn’t seem dramatic at first – because the functions of the Y chromosome are clear at first glance.

Its main task is to engage in embryonic development. Here it causes the foetus to develop testicles, prostate and penis, among other things, or that the body provides the necessary testosterone-driven hormone mix for manhood. 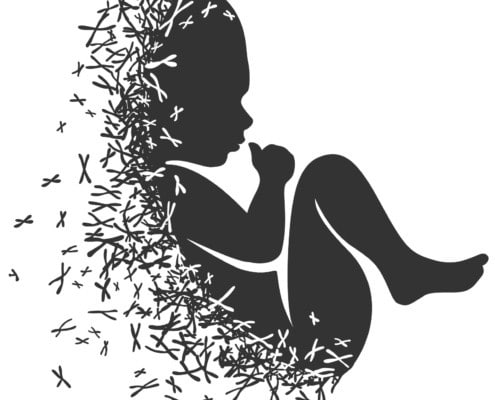 Now a study shows that the loss of the tiny organisms in the blood cells could explain why men live shorter lives than women. On average, according to current forecasts, the difference is three years. There are other explanations for this – they range from a higher willingness to take risks on the part of men, an unhealthier lifestyle, reluctance to see a doctor, to lower doses of heart-protecting oestrogen and poorer immune protection.

Depletion in the blood stem cells

However, if some of the cells are missing the Y chromosome, this can obviously have further health consequences. The loss primarily affects the stem cells of the bone marrow – and thus the white blood cells that are formed here. Doctors refer to this phenomenon of chromosome loss in part of the body cells as mLOY (“mosaic loss of chromosome Y”). It is the most common chromosomal abnormality in adult males.

The current study now shows: In men in whom, for example, 40 percent of the blood stem cells lacked the Y chromosome, the researchers observed a mortality risk that was around 41 percent higher in the following seven years. In concrete terms, this meant a reduction in life expectancy of 5.5 years.

The researchers tracked down the causes when they cut out the Y chromosome from part of the blood stem cells in male mice. As a result, the life expectancy of the animals was reduced.

The cause was apparently scavenger cells (macrophages) that migrate from the bone marrow into the heart and other organs. Here they usually perform important repair functions. In males with mLOY, their work was apparently disrupted due to the missing Y chromosome.

In particular, the researchers found that the white scavenger cells activated the growth factor TGFβ1 in heart tissue. Fibrosis of the heart muscle then developed: it stiffens and scars and can no longer pump fully.

Administering antibodies against the growth factor was able to slow down the damage to the animals’ hearts.

It is still unclear whether the processes take place in humans in the same way. However, there is an opportunity here to be able to offer men with a corresponding predisposition a therapy that could protect them from damage.

Chromosome testing is most associated with pregnancies and can be used to determine if an unborn baby could be born with genetic abnormalities such as the developmental disorder Downs Syndrome. These Non-Invasive Prenatal Tests (NIPTs) are desirable by many would-be parents who want to have a healthy baby, but they are not medically necessary. These tests are usually not mandated by any national health authority, but in places like the UAE, the Dubai Health Authority (DHA), deems that such tests must be covered under a mother’s health insurance if there is a suitably “high risk” pregnancy. With a HanseMerkur health insurance policy, however this is covered even without an overriding mandate from the authorities and that means if medically necessary such tests would be covered anywhere within the area of cover mentioned in the insurance policy.